skip to main | skip to sidebar

Mr. Angus Macpherson, one of the OZ top main exporters of goat and sheep is in Malaysia. I spoke to him this morning and he will be at the auction in Kemaman on Saturday (as he supplies some of the goat for the auction). If anyone feels like meeting up with him for a chat please feel free to call him at his Malaysian number 0122301367. Below are some informations on the kind of bucks he supplies.

The 20 bucks that are now available are based around combined genetics from
the famous Boer Studs Amani, Farm World and Highveld. Highveld and Amani

Stud genetics appeared in the bucks recently sent to Malaysia . These genetics
appear in many of the best Boer Goats in this country.

These bucks are sired by :

Amani Darcy who comes from the a line from Namibia and the stud owned by
famous breeder Dirk Louw (Namibia) via the Western Australian Amani Stud.
Darcy’s son was a New South Wales Champion Buck, Darcy himself was an
exceptional buck in terms of length and hindquarters and producing high quality
meat goats. Armani Darcy is a Maritz buck (from famous South African Breeder
Braam Maritz)

Amani Boer Goat Stud was one of the great Boer Goat Studs and has a similar
history to Highveld. Amani were pioneers in exporting Australian Boer goat
genetics to South East Asia, China and North and South America.

Highveld Stud is one of the top importers of South African genetics for both Boer
Goats and White Dorper sheep. The Highveld name appears in the pedigrees of
many Australian Champions and so today, most of Australia's leading Studs
contain the blood of Highveld bred, embryo imported or bloodlines.

Farmworld genetics have a similar history to Highveld and Amani and have
produced many Champion bucks. 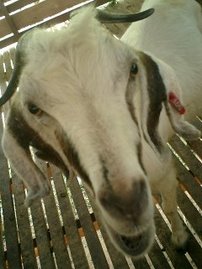 Great Resouces with full of information,"how to",advise,tips and solution for country living.